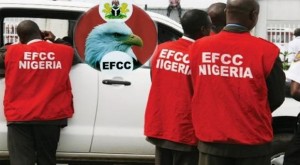 According to a statement on its website, the operatives picked up the suspects following several months of discreet intelligence follow-ups and rigorous investigations into the suspects’ alleged clandestine fraudulent activities of obtaining money under false pretences from their victims within the Ibadan axis of the South West zone of the country.

Phones, laptops and some documents were recovered from the suspects.

The Head of Operations, DCDS, Friday Ebelo said the suspects would be charged to court as soon as investigations are concluded.