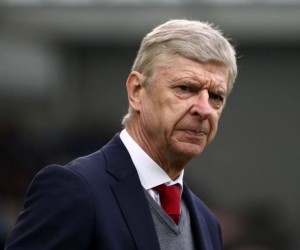 Report has it that Arsene Wenger was paid £17.1million pounds by Arsenal when he left the club last year.

The amount was a pay-off to the Frenchman and his coaching staff.

68-year old Arsene Wenger left Arsenal after 22 years in charge and with just one year left on his contract.

Though reports had it that Arsene Wenger retired on his own, he however gave a big hint in April last year that he was sacked by the London club

At a press conference ahead of a Europa League clash against Atletico Madrid, Wenger revealed that the decision to leave Arsenal was not his.

“The timing was not really my decision and for the rest I’ve spoken about it already”.

“You mess with the wrong lady, you get what you deserve” – Tonto Dikeh reacts as Kpokpogri’s house gets demolished